Need some “Good News”? Check out the Global Church…

Many of us here at SBC remember with fondness our friend and guest, Pastor Tom Schrader. Before he went home to be with the Lord, Tom used his wit, humor, and communication gifts to draw us closer to God through his teaching. I remember one of the funny stories Tom told about being a Chicago Cubs fan. He saw a humorous t-shirt at a spring training game here in the Valley and shared its message with the church. The t-shirt said, “Hey…anybody can have a bad century!” That shirt was obviously printed before the Cubs won the World Series in 2016.

Well, the Chicago Cubs may have had a bad 20th century, but the Global Church certainly DID NOT! While the Cubs were languishing, losing, and torturing their fans; God’s Global Church was EXPLODING all over the place! If you are tired of bad news and want to be encouraged, get ready for some of the numbers I’m about to share with you from places you probably least expected it…

While it is true that the Middle East can be unstable and violent, and a place where Christians are persecuted today, it is also true that the Church of Jesus Christ is growing in the Muslim world in dramatic ways that we have NEVER seen. This is going all the way back to the 7th Century when Mohammed started Islam as a religion.

In his book, A Wind in the House of Islam, David Garrison shares that from 2000 to 2012, we have seen at least 70 “movements”* to Christ from Islam. That is compared to virtually zero movements in the previous 12 centuries of Islam. What a difference 12 years makes when compared to 12 Centuries!

Today the single largest ethnic group that is coming to Christ in the Muslim world are Iranians. As a friend of mine who works at the U.S. Center for World Missions in Pasadena, CA, recently wrote me, “More Muslims are coming to Christ today than ever in history!” 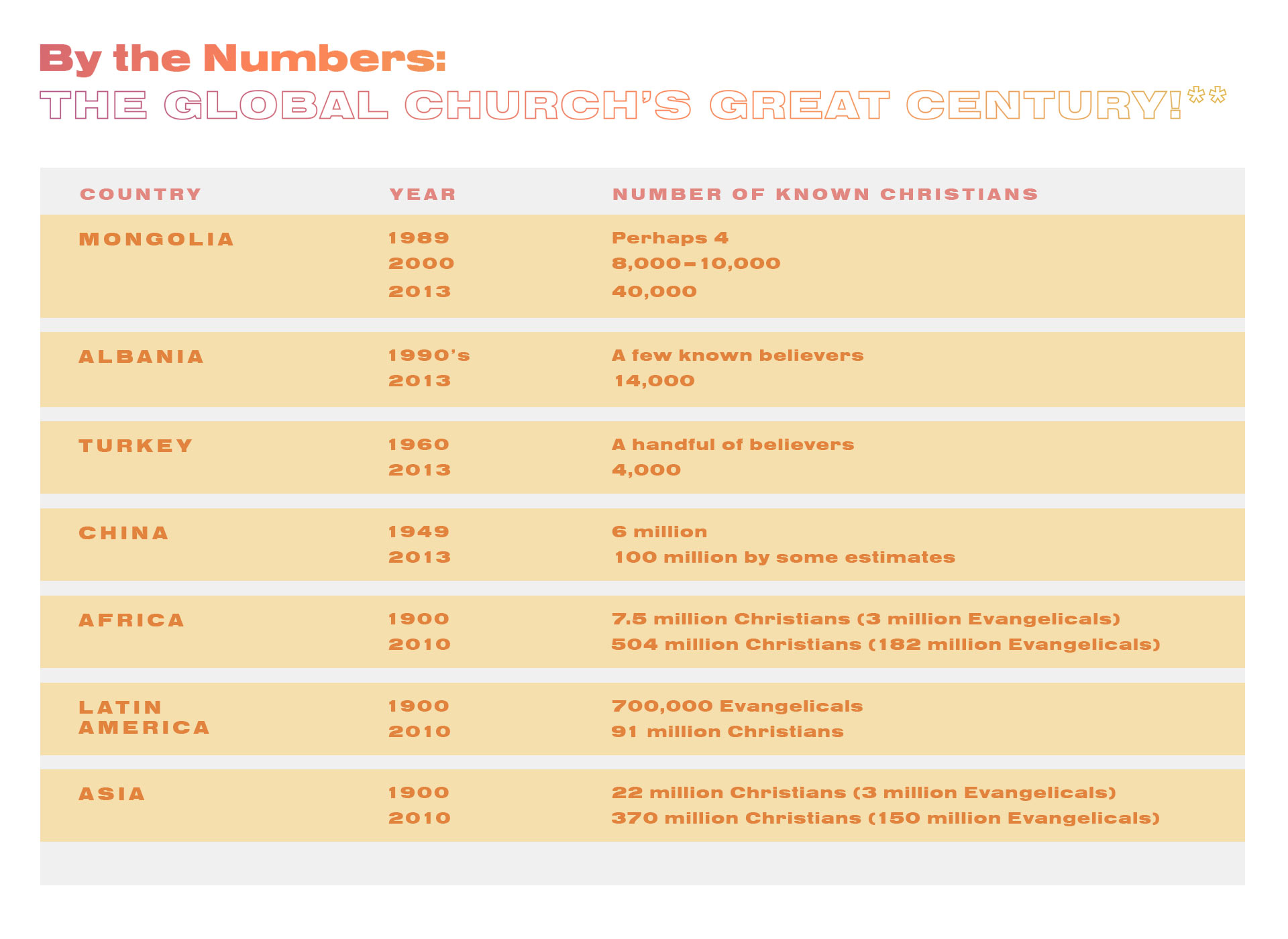 Be encouraged, Church! God is moving in huge ways around the world as He continues to reach men, women and children from “every nation and tribe and language and people” (Revelation 14:6). God’s words to Abraham in Genesis 12:3 have never seemed truer: “through you all the families of the earth shall be blessed.”

We are humbled and thankful that SBC has the honor of participating in global outreach as we do. We are committed and will continue to pursue our vision of Reaching the Unreached, Equipping the Global Church, and Defending the Vulnerable.

*A “movement” is defined as either 100 Churches started or 1,000 baptisms.
**Greg Parsons. Director of Global Connections, Frontier Ventures