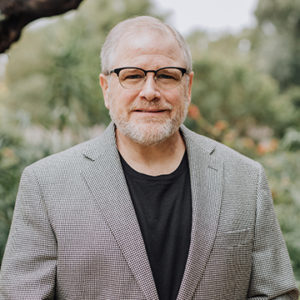 Download Vitae | View Bio
Pastor Jamie Rasmussen was called to Scottsdale Bible Church in the fall of 2007. As the primary teacher at our weekend worship services, Jamie also acts as the vision-caster for the church and is ultimately responsible to the elders for the health and growth of all our ministries and staff.

Jamie holds an earned Bachelor of Arts degree in Religion and Psychology from Hillsdale College in Hillsdale, Michigan, as well as an earned Master of Divinity degree from Trinity Evangelical Divinity School in Deerfield, Illinois. He has been an ordained pastor for over 30 years and has served growing churches in Detroit, Michigan, London, Ontario (Canada) and Cleveland, Ohio.

With evident gifts in teaching and leadership, Jamie brings a unique combination of well-reasoned research, life experience and authentic application to his teaching. Having a driving passion for the local church, Jamie’s leadership style is both visionary and strategic. More than all of this however, Jamie loves God and commits every day to helping those around him understand and know God on a deeper level.

Jamie is married to his wife, Kim, and together they have three adult children. He and his family love to hike together, explore remote areas (preferably in a rugged 4×4) and are connoisseurs of great action movies. 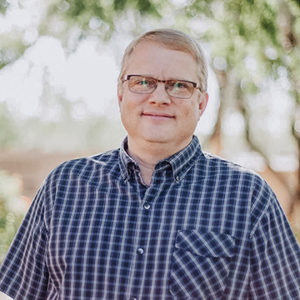 After twenty years over at a large, multi-site church in Minnesota, Scott became Scottsdale Bible’s Executive Pastor in fall 2016. He oversees our staff and programs under the leadership of Senior Pastor Jamie Rasmussen. Scott likes to say that his 17 years of experience leading people and processes at McDonald’s Corporation followed by 20 years at Eagle Brook Church in Lino Lakes, Minnesota, have given him just the right mix of experience and opportunity to be led to Arizona and Scottsdale Bible Church. In his previous role, he was instrumental in helping grow the church from one campus and 1,200 people to six campuses and more than 22,000 people every weekend. Scott and his wife, Sarah, have been married for 35 years and have three adult children and five amazing grandchildren who, at least so far, still live in the frozen north. 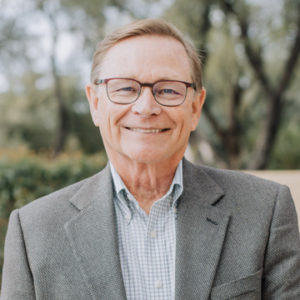 Larry has been in full-time ministry since his college days at Arizona State University and has a MAT and Doctor of Ministry from Fuller Theological Seminary. He started his ministry career with Young Life International and left as Senior Vice President in 2004. Later that year, Larry and his wife, Gina, moved back to Arizona to serve at Scottsdale Bible Church first at the north campus and then as interim senior pastor. Following that, he and Gina planted North Bible Church where he pastored through 2019. He currently serves at SBC working the campus pastors and also mentors younger pastors and leaders in the Valley and through the European Leadership Forum. Larry also serves on the Board of Trustees at Arizona Christian University in Glendale. He and Gina have been married for 46 years and have three sons, three daughters-in-law, and 11 grandchildren. 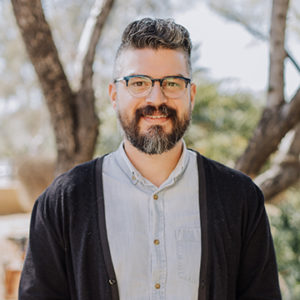 Derek is a dynamic leader with a deep passion for empowering artists within the body of the church. He endeavors with his team to see creatives inspire believers and draw people to the worship of God and fellowship with one another. His family settled down in the Valley of the Sun in 2012 and they absolutely love Arizona. Derek began his time at SBC shortly thereafter and currently oversees staff and volunteers in our creative arts ministry. You’ll often find him drinking copious amounts of cold brew coffee, reading anything he can get his hands on and quoting episodes of “The Office,” “The West Wing” and “Seinfeld.” He and his wife, Sarah, live in Phoenix with their four kids. 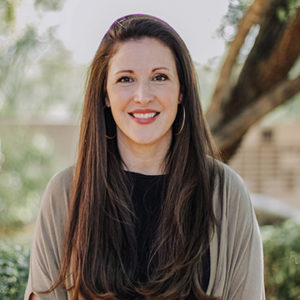 Michelle is our Minister of Staff Development, was formerly the Minister to Women and began her journey here at SBC as a Minister in Residence.  She has a passion to develop people in such a way that draws out who God has created them to be for the glory of God and the building up of His church.

Michelle has been married to Jared since 2003 and they have two children: Chase (9) and Morgan (6). She graduated from the University of North Texas with a Bachelor of Science and has also obtained a Master’s Degree from Phoenix Seminary. 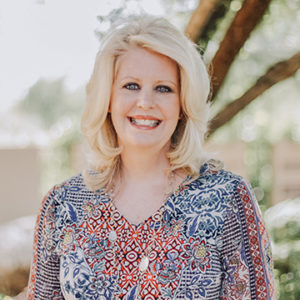 Jessica is currently serving with joy as SBC’s Associate Minister to Central Ministries and has been part of the SBC staff family since 2001. Her previous roles have included leading both Women’s Ministry and Adult Ministries.  Prior to SBC, she worked in the semiconductor industry in sales and human resources.

Jessica and her husband, Wayne, have been married since 2006 and together they have a blended family that continues to grow as their sons marry and bless them with grandchildren! God blended their families knowing that they needed each other. It has been a beautiful testimony to God’s goodness as they have watched Him instill joy, love, and unity in the journey of being a family together. Jessica is grateful to God for His constant presence and for the richness of serving her family and her church. 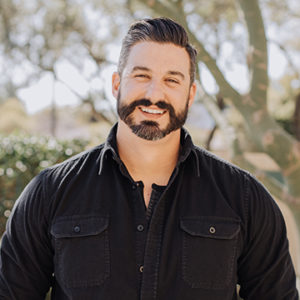 Rustin is one of SBC’s Teaching Pastors and the Shea Campus Pastor. He has a passion for teaching God’s Word, helping others find freedom in Christ, and developing future leaders. He oversees the Worship Center and works with the Shea ministry team to provide vision, community, and pastoral care. Rustin has an undergraduate degree in Business from Arizona State University and a Master of Arts degree in Biblical and Theological Studies from Phoenix Seminary. Rustin and his wife Jaime have been married since 2007 and have two children. 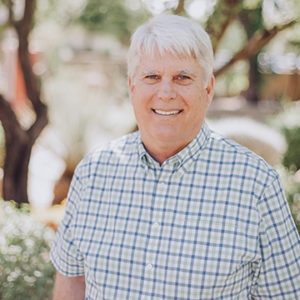 Kory accepted Christ as a teenager at Saguaro High School through the ministry of Young Life. He has a Bachelor of Science in Business from Arizona State University, and a Master’s degree from Phoenix Seminary.

Kory served as an Elder for Scottsdale Bible on four previous occasions. Over the years, he taught/served in Discovery Kids, High School, College, Small Groups and several enrichment classes. Kory and his wife Gail have four adult children and eleven grandchildren, and they have been at Scottsdale Bible since 1976. 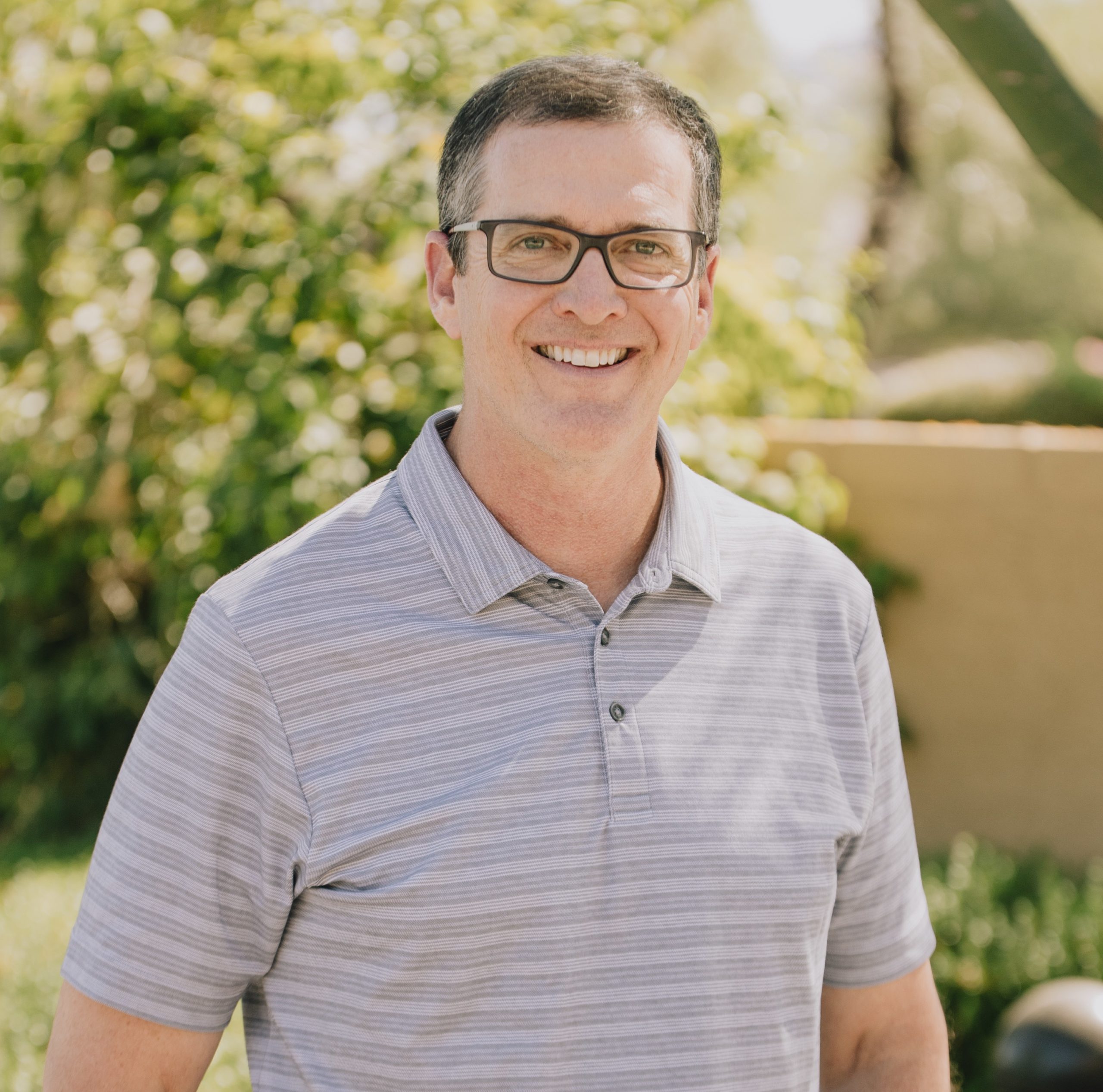 Michael accepted Christ in 2004, shortly after coming to SBC with his wife Christine and attending the Faithful Families enrichment class. Michael spent the first 30 years of his career in the marketplace in various levels of mid-level and executive leadership, including a four-year stint in full-time ministry with Grace Based Families (formerly Family Matters). Michael currently serves as SBC’s Pastor of Central Ministries. In 1996, Michael married Christine, and they have raised two adult sons, David and Grant. Michael has served in numerous volunteer leadership and teaching positions at SBC including with Faithful Families, Soles for Souls, Children’s ministry, and the Family Connections community group. Michael is a graduate of SBC’s Timothy Leadership Training program and served two terms on the Elder Board. He earned a BBA from the University of Texas at Austin and an MBA from Arizona State University.