Lessons on Anxiety from a Third Grader

The van was loaded with blankies, stuffed animals, every snack imaginable, and enough sunscreen to last an entire summer. I was headed up to Prescott for a four-day camp with a van full of incoming third and fourth grade students, and for many, it was their first time away from home. I’m not sure who was more anxious—the kids, their parents or me! 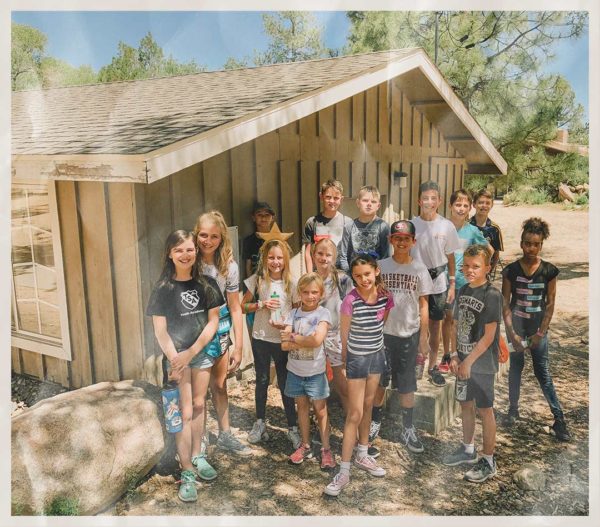 After checking in at camp, I found out we’d be sharing a large cabin with another church from our area. I didn’t anticipate knowing anyone else at the camp, but as we entered the cabin, I was shocked to recognize the other group’s leader. It was a friend who I had previously been extremely close with and hadn’t seen in a few years because of a pretty severe falling out. We had met one time to seek forgiveness for how we had hurt each other, but things were still awkward.

We had great days at camp—the kids were having a blast ziplining, learning archery and enjoying other fun activities. But then night would come, and everything would begin to fall apart.

We had great days at camp—but then night would come, and everything would begin to fall apart.

The boys woke me up all night long, for a variety of reasons. They forgot how to turn the bathroom light on; they couldn’t find their water bottles; their lips were “on fire” at 2am and they needed Chapstick; they wanted me to guarantee there would be Lucky Charms at breakfast…you get the idea.

However, more than anything, they woke me up because they were homesick. One of the boys named Ben would come sit on my bed every morning at 5am on-the-dot and cry because he was so homesick. I would tell him all the exciting things planned for that day and remind him he would see his parents in a few days. In fact, Ben’s dad was coming to pick him and his brother up at camp and drive them to Flagstaff for a family trip. It would take Ben some time to stop crying and get excited for the day, but eventually, he was fine.

One of the boys named Ben would come sit on my bed every morning at 5am on-the-dot and cry because he was so homesick.

On the last night, we were in the large gathering for worship and teaching, and we got a call that my then-girlfriend’s grandfather had been in a car accident and had died. Elly, who is now my wife, and I were the only two leaders from our church at this camp, so we had to figure out how to get her home and still oversee the students in our care at camp.

We decided we would get all the kids in their cabins and ready for bed, and then I would drive Elly from Prescott down to Scottsdale to be with her family. I told my friend, the leader from the other church, what had happened and asked him to watch our students while I was gone.

5am came, and there was my buddy Ben, crying about being homesick, oblivious to the fact that I had been asleep for less than three hours.

We went through our normal routine of talking about what the day would hold. I had promised the kids that on our last day, they could put chocolate milk in their cereal, we could do the zipline one last time, and I would buy them whatever they wanted from the snack shack if they cleaned their tables at every meal (which they did).

Out of sheer exhaustion, I was unwilling to play the whole “game” of going through every upcoming activity with Ben, so I simply said to him, “Buddy, today is our last day. Do you remember what that means?” 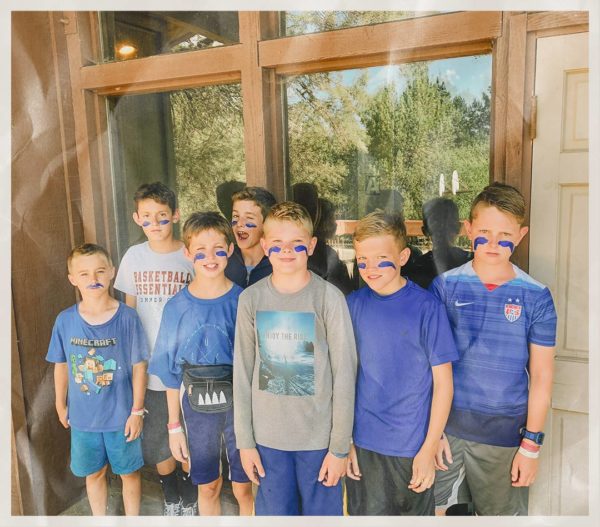 When Ben gave me his biggest smile of the week in response to that question, I thought he was going to remind me of all the sugar I owed him. He smiled as wide as his puffy cheeks would go, and said, “Yeah, I know what that means. Dad is on his way.”

When Ben gave me his biggest smile of the week in response to that question, I thought he was going to remind me of all the sugar I owed him.

Unlike the other mornings, it didn’t take Ben time to get adjusted. It didn’t take much convincing or promises of an unforgettable day for him to stop crying. The simple knowledge that his dad was closer than Ben thought he was, made everything okay.

Perhaps the most quoted Bible verse on the topic of anxiety is Philippians 4:6. You probably know that Paul says, “Do not be anxious about anything, but in everything by prayer and supplication with thanksgiving let your requests be made known to God.”

Honestly, “not being anxious about anything” seems extremely difficult, if not completely impossible. If the lives of the students I get to work with in YTH and YA are any indication, anxiety is an increasingly common problem in our society.

Honestly, “not being anxious about anything” seems extremely difficult, if not completely impossible.

But what if we didn’t allow the perceived impossibility of Paul’s statement to win in our minds?

What if, instead of giving in to anxiety as an unavoidable constant in our lives, we took just one step back, and reminded ourselves that “God is near, and God is working, so we don’t have to worry?”

I was anxious about taking this age group to camp, but it was one of my favorite experiences of the year. I was anxious when I found out my old friend would be sharing a cabin with our group, but I don’t know who would’ve watched our students that night, if not for my friend and his leaders. I was anxious about not having the right things to say to Elly when she was hurting, but that experience was a turning point in our relationship, and I learned to really pray with and for Elly through it. I was anxious about what the parents would say when I told them I had left their kids for a few hours that night, but being vulnerable and letting them know what was going on in Elly’s life allowed the parents to care for her (and me) in new ways.

Looking back on that experience, and so many other similar ones in my life, it is so clear that God was working in the midst of my anxieties. I’m sure the same is true for you.

So, the next time you feel anxious, or life feels out of control, or like our friend Ben, it seems like your (Heavenly) Father has forgotten about you or His plans for you, let’s just take a step back.

Let’s remember that God is near, and God is working, so we don’t have to worry, but in the words of Larry Crabb, we can ask, “What is God up to?”